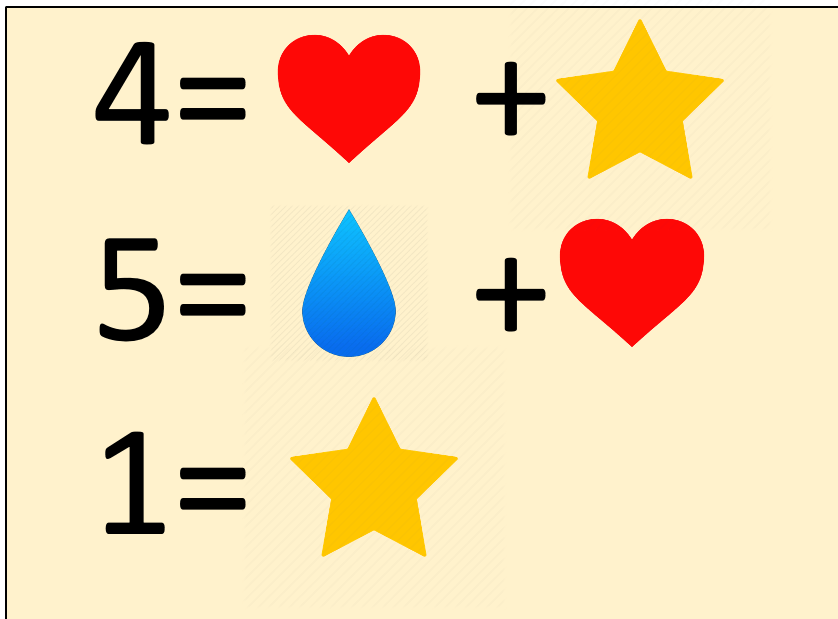 We did two activities. I didn’t have much time to prep for these activities and was losing momentum on ideas.

It was too difficult for the preschoolers. They were also not very focused. After a couple of minutes, Dil said she had to got to the bathroom. This meant that Nia had to go too. After a little bit of coaxing, they did figure out that, if two hearts makes 4, then one heart is 2.

The first graders figures the first three ones out, but not the last one. In the ones they solved, they could figure out what one of the values were and work backward. For the last one, they guessed a few combinations of numbers but unfortunately did not come up with the correct one.

The preschoolers did a little bit but it turned out to be too hard for them. I was still very happy that it practiced their skills at copying pictures.

The first graders immediately declared that it was too easy, but then they did spend time doing it. Some of them had small difficulties.

There was about five minutes left, so I finished with …

I asked them why?

The kids said that she wanted to have some exercise. But then I pointed out that she is getting less exercise when she is older.